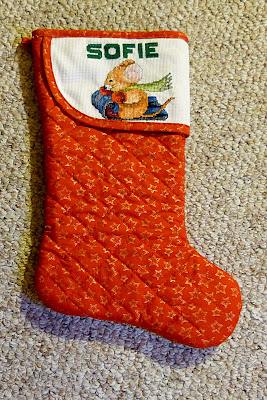 We are ready for Sofie for Christmas. She will not be here to celebrate but we will have a stocking for her hung on the mantle. Her Mom says she is a good baby. When I talk to Mary on the phone, most of the time she is cooing to the baby. I think that is a good thing. 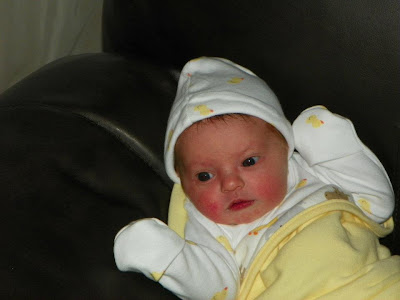 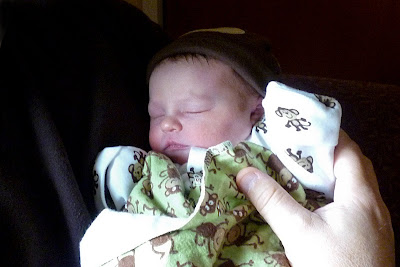 Sofie was born yesterday at 4:02 in the afternoon. She weighed 8 lbs 1 oz. She is beautiful and has blue eyes and a full head of brown hair. Both Mom and baby are doing fine. I drove down to see her in the hospital and held her every moment I could. I took my two sweaters with me. By the way, Sofie's middle name is Margaret because she has two Grandma Peggy's.
Posted by Peggy at 4:28 PM 2 comments: 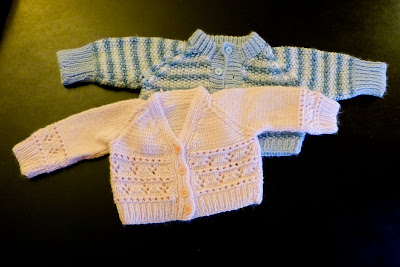 Mary's baby is due anytime now. Since we don't know the baby's gender, I made both a pink sweater and a blue sweater. Mary seems happy with unisex clothes for the baby but I don't want it to have to figure its sex out by itself. The moon is full this weekend which I understand makes it perfect timing for a baby to be born. 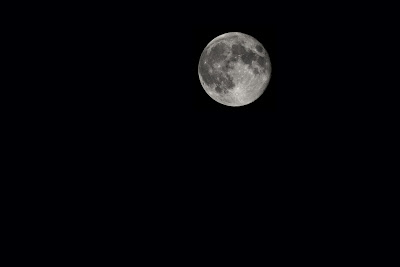 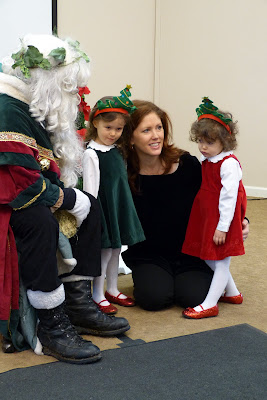 It was a busy week for Lion activity. We had 4 Lion functions in 5 days. Wednesday was our regular Lion meeting. Thursday we went to the Leader Dog Kick-off dinner. Saturday we worked at the Village Christmas Party. and Sunday we had to beg outside the Kroger store for Candy Cane week. The Christmas party was lots of fun. It was a brunch and Santa Claus arrived in his sleigh pulled by two reindeer. Hubby had the job of taking pictures of the kids with Santa.
Posted by Peggy at 5:57 PM 1 comment:

Last night Hubby and I went to a benefit dinner for the Leader Dog Organization. As part of the program they had several people talk about their experience wit a Leader Dog. One man told about being an ordinary kid and getting his drivers license at 16 , his pilots license at 21, and having a fulfilling career. He always had some trouble with his night vision. Gradually he began to lose his peripheral vision. Upon examination the doctor told him he had retinal degeneration and would become blind. He did. He told about having 80 to 100 people working for him and then being let go by his company because he could not see. It really is mind blowing to think of something like that happening to someone.
Posted by Peggy at 8:41 AM No comments: